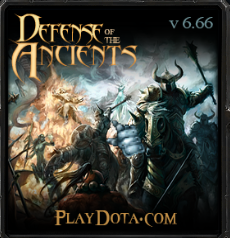 earthshaker Earthshaker
- Echo Slam no longer counts corpses for damage Echo damage (They used to count them for partial damage)
- Aftershock AoE from 280 to 300
- Enchant Totem damage increased from 50/100/150/200 to 75/150/225/300
- Added Aghanim's Scepter to Earthshaker's Echo Slam (echo bounces twice for each hero it hits)
- Echo Slam's Echo damage increased from 35/45/65 to 40/55/70
- Echo Slam's unit search aoe increased by 75 (this is not the damage aoe, just the initial unit search aoe)
- Note: The main idea with most of these changes is to emphasis the timing aspect of the echo slam more. Some other buffs are done to compensate for the reduced power from the corpse count loss.

spiritbreakerSpirit Breaker
- Nether Strike now makes Spirit Breaker magic immune for the second that he is fading out during its cast
- Charge of Darkness decreased manacost from 120 to 75
- Charge of Darkness cast mechanic reworked
Charge of Darknessnow charges up in place for up to 4 seconds and then you move out at a speed relative to how long you charged it for. (Total movement bonus is the same as before, it just depends on chargeup time now instead of increasing slowly over time)

- Increased max bounces from 3 to 4

* Switch now only works as long as the items of the leaver remain intact. Once someone leaves, the inventory of that hero becomes locked. Players can use an -unlock command, but once that is done switch cannot be used on that hero anymore. Once this feature is used enough to be considered stable, switch will be usable by default (-so mode won't be required) with the restrictions described above. The gold that the leaver is carrying is also frozen until the hero is either unlocked or swapped.

* Added a new command, "-controloff"/"-controlon", to disable control help in the game (to prevent stuff like adding summoned units to your current selection: Invoker, Techies, Lanaya, etc)
* Added a new test command to toggle creeps spawn off and on -spawnoff/-spawnon
* Restored -mc, but with more detailed statistics to match up with the recently changed Multicast chance system
* To prevent some abuses with -unstuck, it no longer works if your taking damage during the first few seconds after you enter the command